Happy New Year!  I hope that through Christmas and New Year holidays you were able to reflect on the past year to power you through the future!    My Indonesian friend “Dewi” who volunteered to be a “guinea pig”  of my “trading for women learning program” told me that when she read about my background,  she thought business is in my blood, like it’s easy for me.    I heaved a heavy sigh on that one, to me it’s like – yeah, blood, sweat, tears and some other facial fluids! Hahaha   Tell you what, my background was no big advantage (it even had a slight disadvantage because I was too opportunity-oriented rather than “risk aware” especially in the beginning).  I started to learn Trading skills  from scratch.  So can YOU!

I tossed around for a while if I should tell you, as in now, in this article, about the most important factor in your Trading success… After all, 8 years and so many months after I started this business it really didn’t  sink in until a few days ago (hehehe) JUST HOW IMPORTANT it is to make it the cornerstone of every trade I do!   Like what I said in the Welcome page, there are tons of material out there, but a lot of them would push ideas about  “cutting-edge entry strategy, “secrets to win in the Market” etc.  I am sure a lot would be persuaded by the arguments, tell you what, most of them could work!  The financial markets is a dynamic, complex environment that anything could be accommodated and be profitable (at one time or another, hehehe).  But what is the most important factor in achieving consistent Trading income?  That is the question!

I am reminded about McDonalds.  Do you know what makes the money for McDonalds?   Yes! Sure, heck, “why do you ask this question” you would say.  McDonalds is equal to Hamburgers.  But wait, is the hamburger what makes money for McDonalds? Aha! … Think, think, think!    Ray Kroc, founder of McDonalds Corporation, aggressively built the business (from 1955)  with a solid, industrial-mode   “System” – one which can even have high-schoolers run the business and make your order to exact standards (where the hamburger sold in Brunei has the same look and taste as one sold in Dubai).  However, with all the money being made by the hamburgers produced from the System, they also have a research, development and training facility and unrelenting advertising campaigns that is expensive, it was said it kinda just breakeven.  It has been revealed in business schools that what really made money in their franchise model was the real estate owned by the corporation where every store stands and franchisees pay rent on. Consistent income that got McDonald’s on a firm foothold into the Dow 30 (The Top30 American companies by value that indicates the strength of the American economy ; formally known as the Dow Jones Industrial Average or DJIA or simply, the Dow).   It pays to know what consistently makes the income.

Now let’s go back to the Trading business.  I talked  about  Trading as :  Buying Low and Selling High.  In an earlier article “First Things First: Why Trade?” — I outlined a set of Rules to do Trading,  this “set of rules” is an example of a simple System.  It is basically a shortcut to decision-making on when to take an opportunity, when to get out and make the most money from it.  However, like in the McDonald’s example above, it will help you run the business,  but it does not make the money.   Especially when you are just new in the Trading business, you need to create, follow, review and improve your System.  In all these activities, there is YOU. YOU are the most important factor in your Trading success.

In my case, I think I have a fairly effective, simple System that I have developed.  For 6 months,  the result was a profit  40% of my capital (target was 60% per year), the System delivered like a dream as  I consistently followed it.  Then I went to a seminar and excitedly tweaked it with what I learned (without testing)  and the result was a nightmare hehehe.    Other stories  are about  lack of self-control.  My System for example tells me to only risk $200 but I was staring at the prices and just didn’t follow the stop loss, so it ballooned to a $600 loss. On that same trade, get this, I have a set of procedures,  but I didn’t follow it because I was just too excited to jump in as the price has moved in my favour, though  I haven’t done the  complete risk assessment as called for in the procedure, it turned out the move was short-lived and reversed, but  I could have captured a good move had I chosen a strategy for a longer timeframe (a step in my risk assessment).   I remember that day was near the close of the month and I wanted to “prove” that I was making consistent monthly income. HAHAHA   So there, my System is fine. I was the one who did not follow it.

I said earlier that it is so important that I really have to make it the cornerstone of my trading, in every trade I do.    I like to call it Self-Mastery. The doing when something needs to be done and NOT doing when it is not supposed to be done (self-control). I have heard about people saying that in bringing out one’s best “think like the rent is due tonight” or  that “there would be no food on the table”…like you’re pressured to perform.  That doesn’t work in Trading.   You don’t go out and chase profits.  You patiently wait for the opportunity, seize when it comes,  drop the trade when unfavorable to limit your loss,  when the market moves favorably wait/allow to reach your target or move it further till the market reverse and take you out.  All this combination of waiting, acting is necessary in Trading that’s why I say  Self-Mastery is important in consistently making the income from Trading .  (The doing and Not doing at the right time).

…. sounds like Smart Shoe Shopping to me!  Don’t you agree?  You don’t just go and buy any shoe, you try it on, walk it, if it looks good but hurt your feet, you’d think about it more and move on to try another one.  You can try five shoes and it’s time well spent.  Then there’s the price factor – is it worth it? You take a look, think it over and if it really feels good overall then you buy it.  Told you there’s a lot of women’s  shopping wisdom useful in Trading! 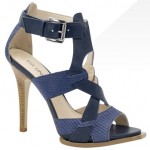 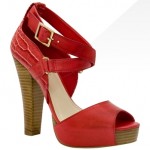 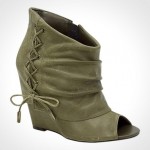 So how do we achieve Self-Mastery?  I think it starts with being personally responsible.  Knowing that mistakes were made and go about analysing what went wrong and what should have been done or better.   And being guided with that, to do the correct action that the situation required.   You also need to be in good health in body and mind.  The thing that I like doing that does good to both is  to take long walks. I prefer early in the morning but late afternoon will do is OK if I’m too busy in the early morning.  It gives me the exercise, relieve stress, clears my mind and help me to reflect, pray, think things through and be positive.

Physical well-being is a big topic that I am sure has coverage in the media so help yourself to those resources in the meantime.  My main strategy in this area apart from walking, is to eat fresh!    Mental well-being is a delicate topic that I can only refer you to the best resource I know —  Dr. Van Tharp has this covered in Peak Performance Home Study Course as well as workshops starting with Peak Performance 101.  (I did both that revealed so much of what stops me from being successful.  Life-changing! )

My short and sweet advice to you though in mental well-being is this : strive to be happy 🙂

Thanks to Wittner for allowing me to use their shoe images.

2 Trackbacks / Pingbacks for this entry

Previous Post
« Trading: Make money off people who make money from you!
Next Post
The Need to be Right and Other Myths »
High Heeled Traders
Calotropis Theme designed by itx